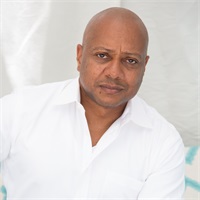 Nicole Wimsatt is always ready to serve you with kindness, efficiency and excellence. Her near 15 years of experience in logistics and customer service offers you a unique level of fast-paced, detailed follow through. You can hear Nicole's smile when she answers the phone and her thorough communication skills establish clarity that allows you to know that Nicole is there for you and your requests are being taken care of.

Married to Lawrence Wimsatt, Nicole came aboard at LDW Consulting Group, Inc. in 2014 shortly after starting their family. Her part-time contributions to the practice have since grown to a full time irreplaceable presence as she expands her knowledge and understanding of our unique relationships with our clients as well as our approach to planning and asset management. Nicole enjoys the privilege to participate in our client's process of pursuing the life of their dreams and says the biggest reward is the wisdom she finds in their individual stories of challenges and victories.

Nicole is enjoying her lifelong dream of living a bike ride away from the beach - "Long Beach has a special inclusive authenticity about it that I am just so thrilled to raise a family in". With two young children, she spends a lot of time being a kid with her kids! When they aren't playing games, dancing or going to the trampoline park, Nicole is building friendships with other parents and creating a community for her family that fosters gratitude, integrity and kindness. Inheriting a love of music from her parents, Nicole still jumps at the opportunity to go to concerts when she can -she has seen over 75 bands live in concert.